The World of Language- How does language change perspective?

Home » The World of Language- How does language change perspective?

An Introduction to the Theoretical

When debating whether or not to learn a new language many people debate the question of  “What’s the significance of having diversity of language?” To a degree we can understand that language allows us to communicate with others around the world and create close connections you otherwise wouldn’t have, but language has so much more to offer! Language alters how our brains process the world and changes our perceptions of everyday life. This belief was first developed by Edward Sapir and Benjamin Whorf which created the Sapir-Whorf Theory. It states that language develops different ways of thinking and therefore determines your view on the world. It is not limited to mean that someone from another culture can not adapt to new influences, but instead shows the direct link between language, culture, and behavior (Nordquist, Richard).  Lera Boroditsky, a cognitive scientist, reveals her research among a variety of cultures and languages that contributes to this theory.

Let’s take a look at how language changes perspective! 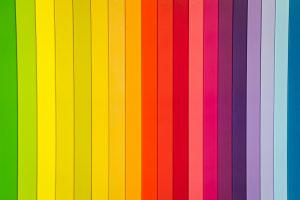 Some cultures do not label every color with a different name based on pigment but instead break it down into “light” and “dark”, or cultures that break it down into very specific color categories. They’re all very different! One example is the Russian language which has a multitude of colors for “the English “blue” based on shades. It has been found that Russians can also distinguish shades of colors much faster than those whose language does not categorize that way.

Kuuk Thaayorre aborigine tribe in Australia uses cardinal directions for a sense of direction. The terms “left, right, down, up” do not occur in their language. Boroditsky gives the example of “there’s a bug on your southwest leg” or even that saying hello in their language is said to be “which way are you going?”. This shows the influence of orientation on their culture and cognition.

The Kuuk Thaayorre organize time based on direction as well and follow an East to West pattern locking it in place with the landscape. This differs from English speakers where we relate time to a left to right direction that changes as we move.

Some languages don’t use numbers in a specific way such as counting but instead reference numbers as simply singular or plural.

Many languages are categorized as “gendered” meaning they follow a structure that refers to objects as masculine, feminine, or neutral. For example, the word “bridge” in Spanish is masculine but feminine in German. German speakers were found to describe bridges as “elegant” or “beautiful” whereas Spanish speakers referred to them as “strong” or “long” which shows how gender in language impacts perspective. 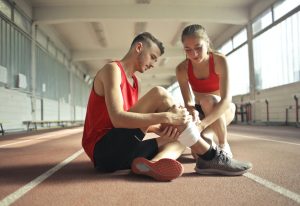 The grammar structure between languages can alter the relationship between verbs and their subjects. For example, when an English speaker mentions that they broke an item the language places the blame on the individual and not the object. In Spanish because of the use of reflexive verbs we see that the blame is placed on the item breaking itself. This has proven to reduce memory of who is responsible simply because of the grammar.

Language is more complex than people may think. This is why it is important to not only know the language but understand the effects it has on culture. For all your language services needs contact us at www.saulsinternational.com